World Routes is the global meeting place for every airline, airport and aviation stakeholder. The event presents an unrivalled platform for route development professionals to discuss, develop and plan network strategy. Providing unique cost and time-saving benefits, World Routes is a ‘must attend’ event and attracts the most senior decision makers from the world’s leading aviation organisations. – Routesonline

In September, the OD Media team flew to Guangzhou China to cover World Routes 2018. The 3 day conference was held at an enormous venue called the China Import and Export Fair.

Our trip started with 24 hours of slightly nervous traveling, first to Johannesburg, then Doha and finally Guangzhou, China. I say “nervous” as there was a typhoon en route to Hongkong, 200km away from where we would be. We arrived in Guangzhou late in the afternoon and the heat and humidity nearly knocked us off our feet- it was HOT! We had to figure out how to buy train tickets (in a foreign language), find the correct train and get off and back on again at the different stops. We also had to find our accommodation using photo directions that our host sent us. Thankfully the accommodation was next to the train station, so it was easy enough.

The conference started early the following day with delegate registration and the Opening Ceremony. Many meetings were already taking place and the atmosphere was abuzz with eager delegates. The stands were set up beautifully, with each having its own unique layout and frontage and manned by enthusiastic staff. As lunch time came, the imminent threat of Super Typhoon Mangkhut  became a reality and we were evacuated from the venue. We safely waited out the storm in our 10th storey accommodation- it was safe enough…

Day two was busy, holding the normal schedule of meetings and speakers, as well as making up for some of the lost time of the previous day. The World Routes Marketing Awards also took place that evening. The awards was very well supported by the delegates who enjoyed authentic Chinese dishes, socializing and networking, the awards event and ending off with some incredible local entertainment. The groups of dancers who performed were amazing, it really was a great show!

The third and final day saw delegates fitting in their last important meetings and stand visits. The Handover Ceremony, hosted by Adelaide Australia (World Routes 2019 hosts) took place in the afternoon. This ceremony allows the current host of World Routes, to “hand over the baton” to the next year’s host.  It was an eagerly awaited event and they had some great items to give away too. The completion of this event marked the end of World Routes 2018 in Guangzhou China.

This was another great World Routes event. The team from UBM did a superb job with the organization and running of the event. It is always a pleasure to work with a team who are well prepared, organized and can deal with any situation (typhoon Mangkhut for example…) See you again next year in Adelaide! 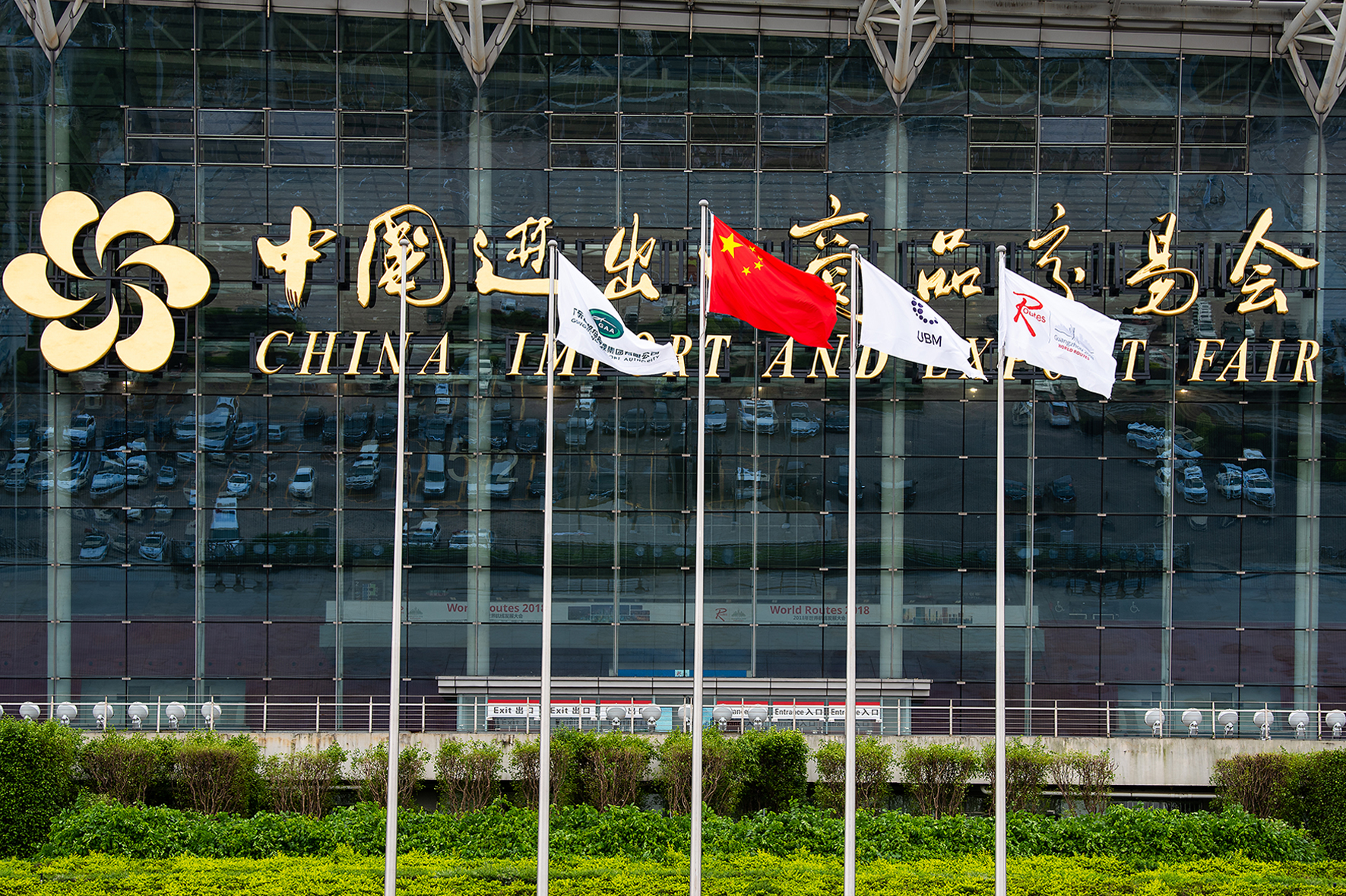 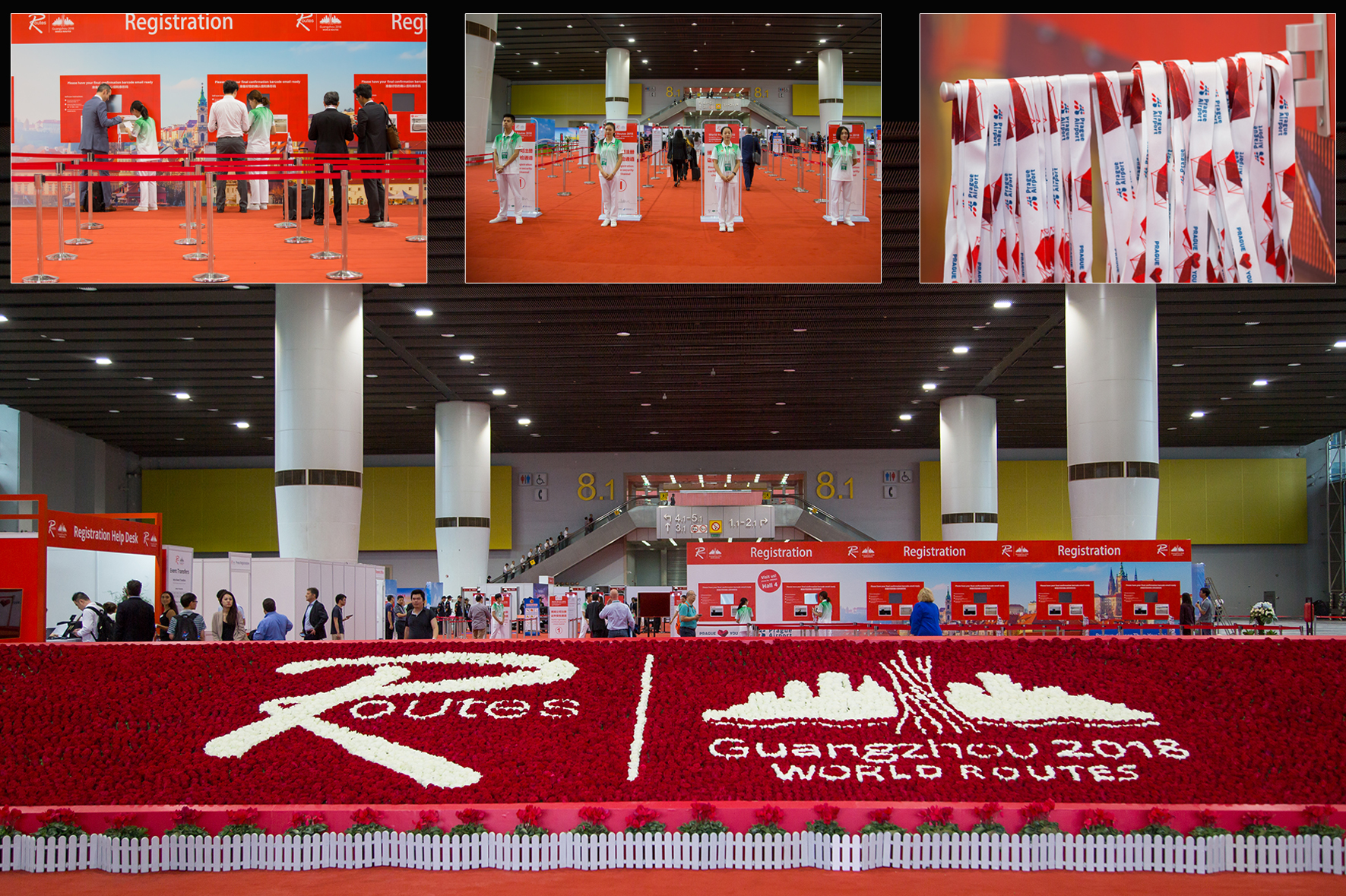 Entrance to the conference. The branding seen at the bottom of the image was made with red and white roses! There was no shortage of event branding within the venue. The characteristic red carpets really popped in the photos. Delegates arriving and being handed their sponsored “goodie” bags. 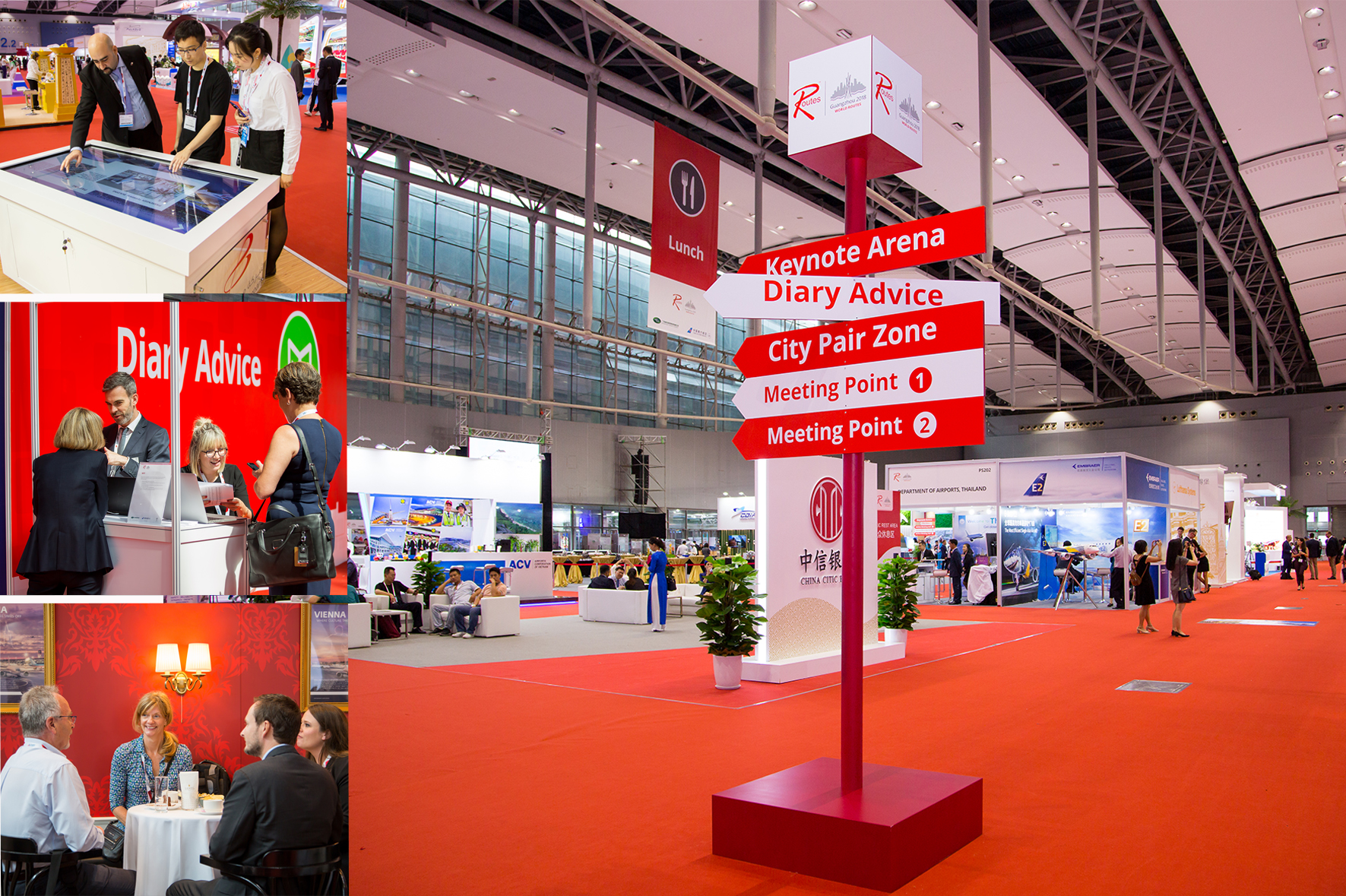 Helpful signage around the halls and delegates interacting. 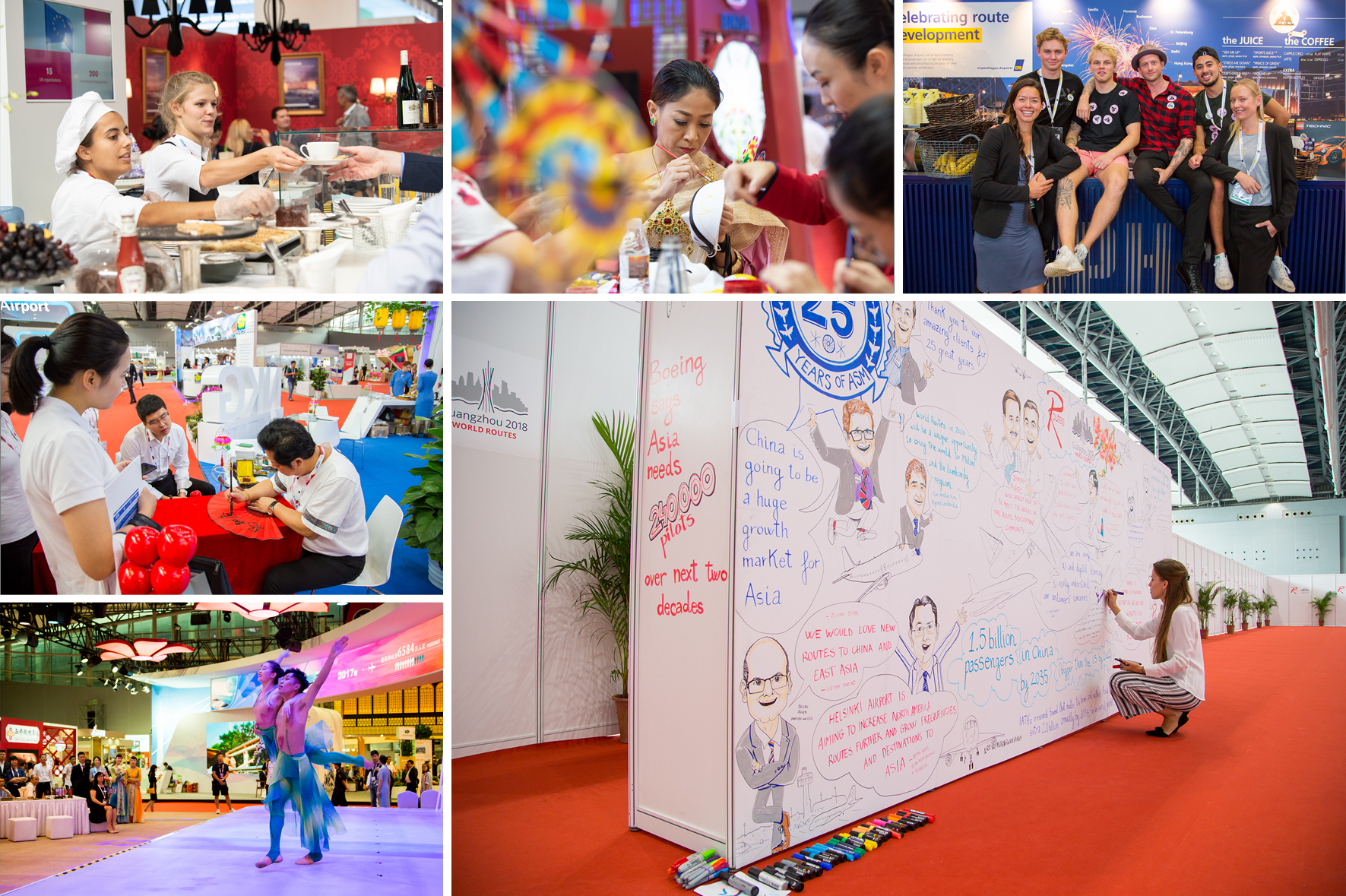 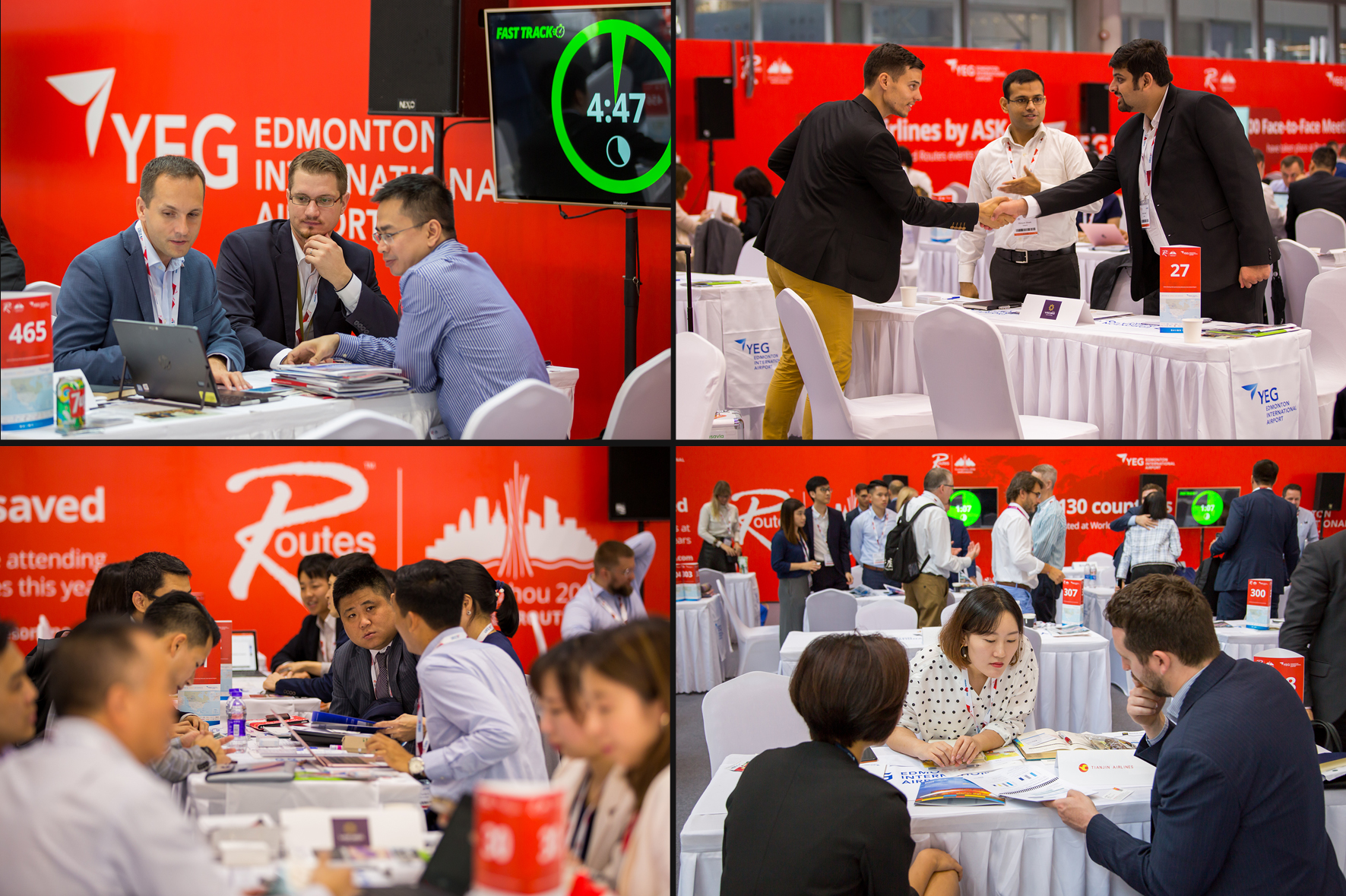 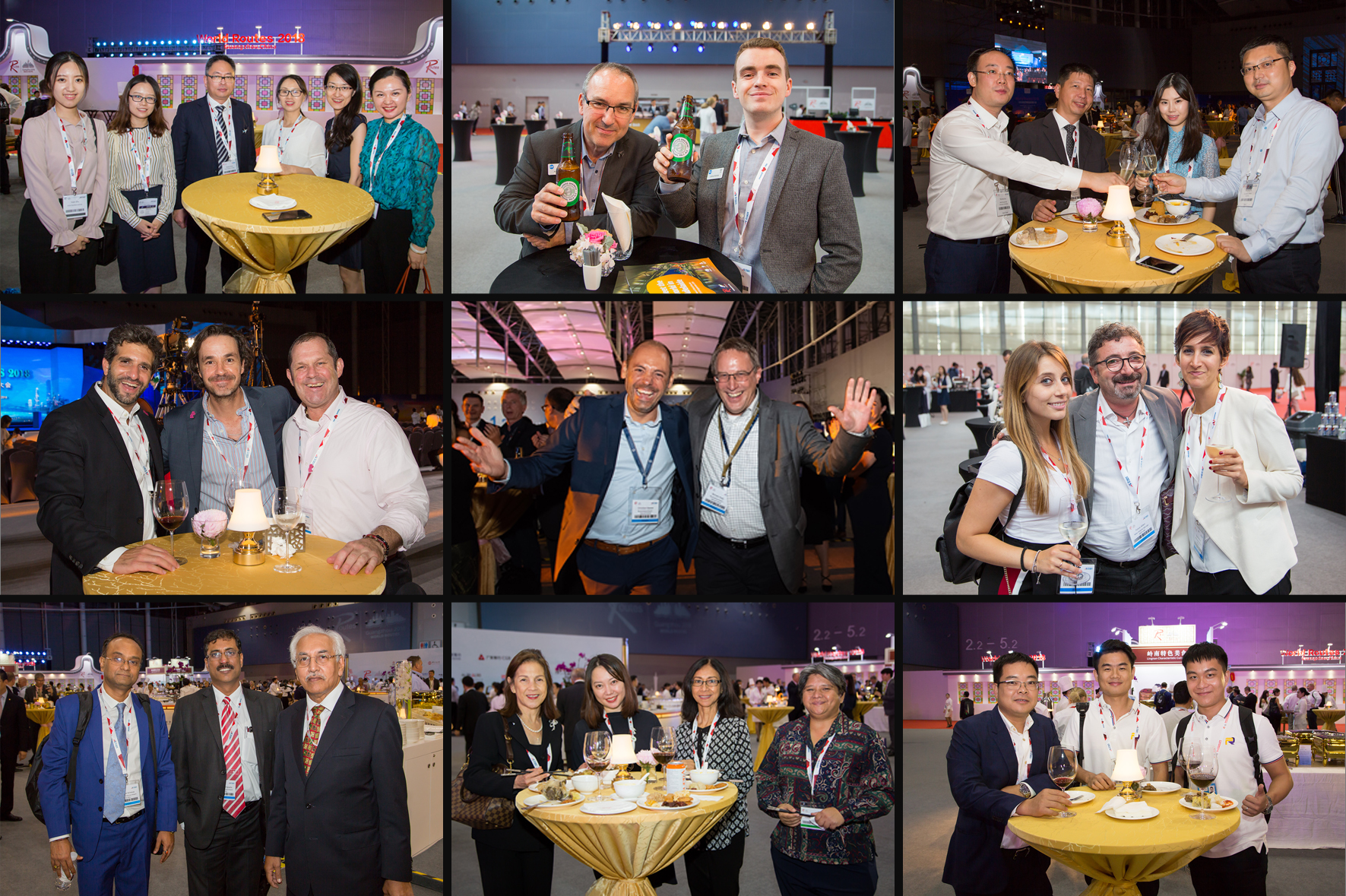 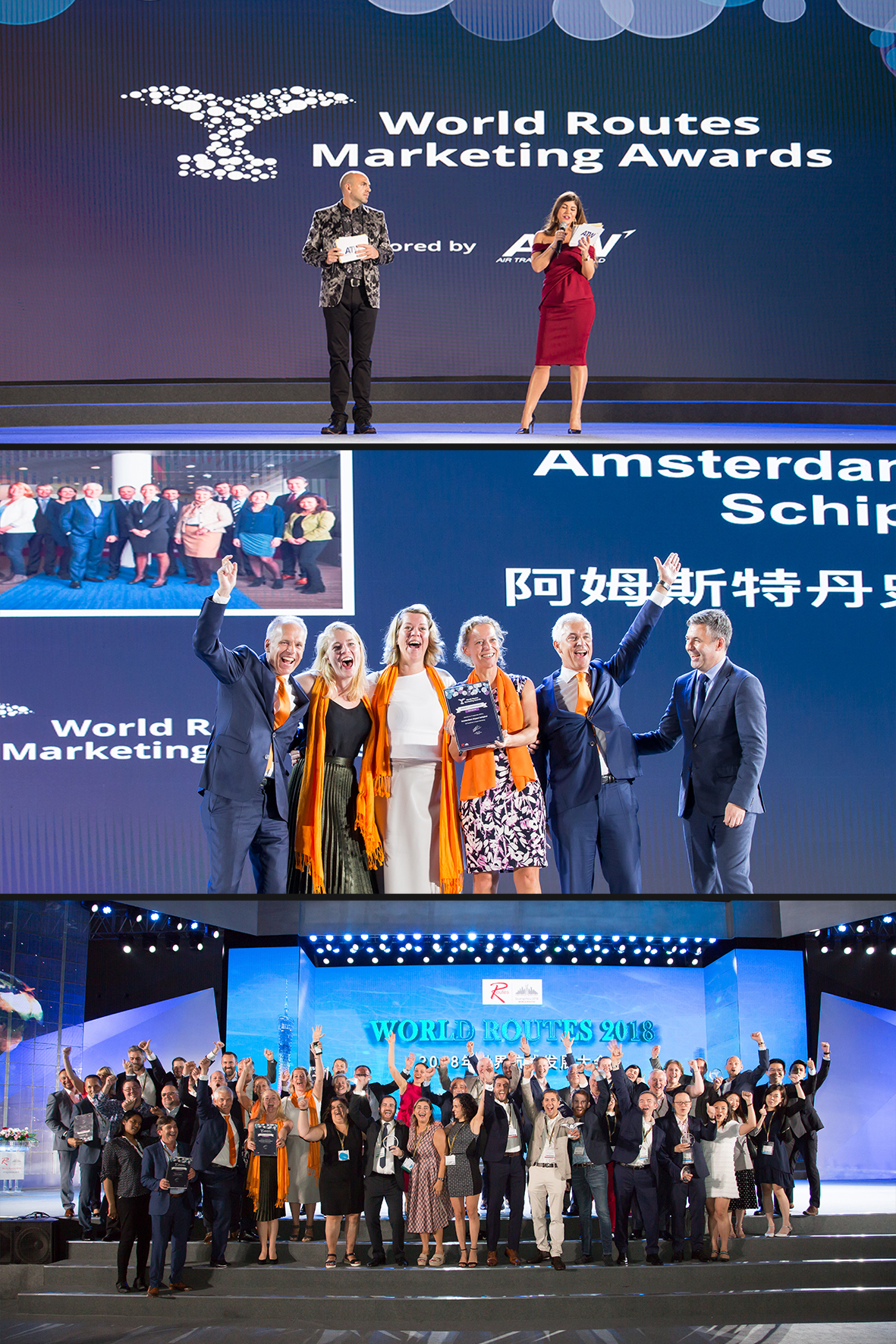 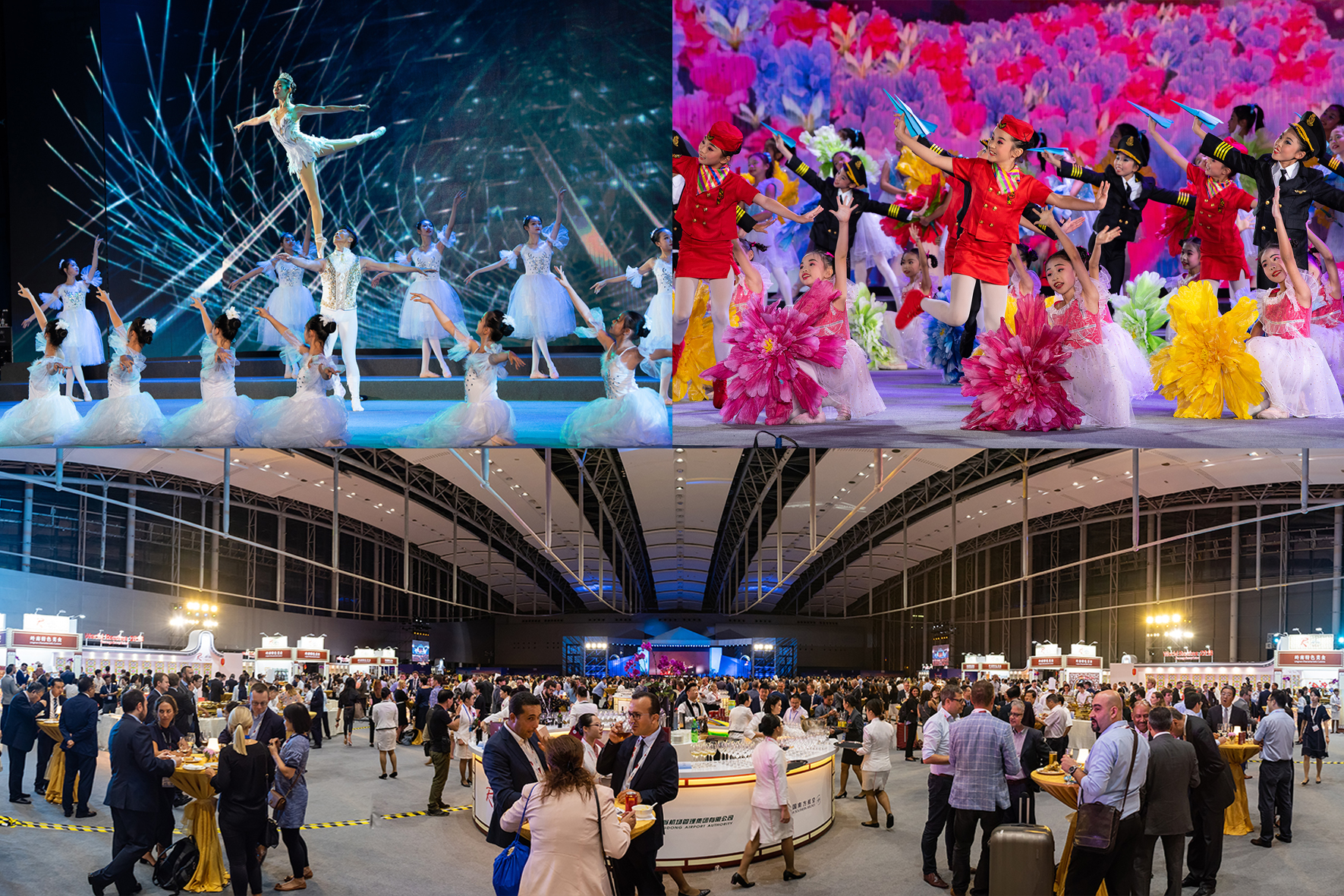 Venue for the awards and the brilliant entertainment. 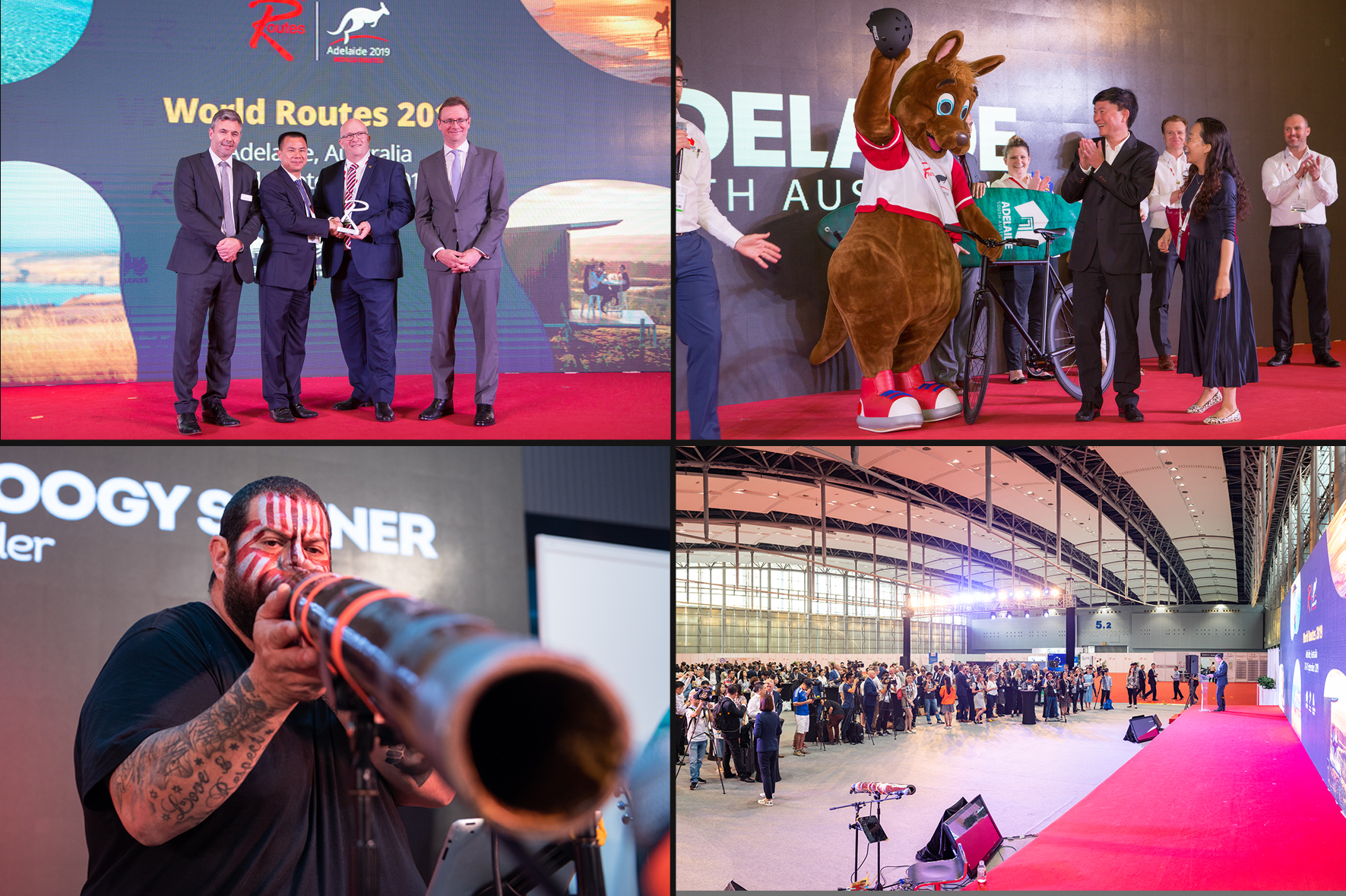